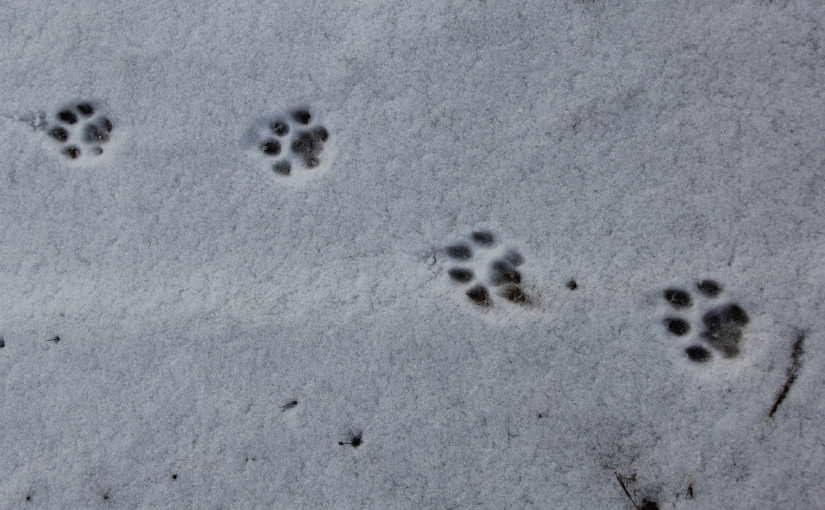 Telemetry – a commonly used standard method to study animal movements – has been used to study lynx in several countries. The method is suitable to answer basic ecological questions such as home range size and (temporal) space-use on a coarse scale. Telemetry on lynxes in northern Belarus has provided us with this basic knowledge. We found that lynxes use extremely small housing spots in summer; not only females with kittens but also adult males.

However, during these telemetry studies, several limitations of this method to study the complicated behaviour of this elusive species became apparent. In fact, the method even leads to severe artefacts (e.g. non-moving behaviour is registered as resting).

There are also some practical and ethical concerns. The equipment used for telemetry is expensive. Live-trapping lynxes requires a huge effort and time investment. Risk of injuries in lynxes is quite high. When studying a large carnivore like the lynx – having low densities and small populations in most of Europe – this risk needs to be put into consideration. 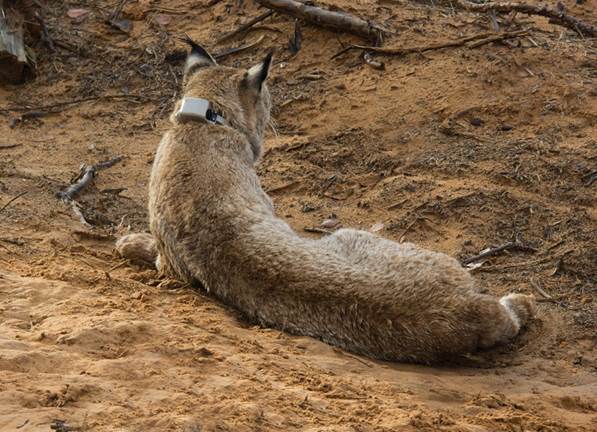 Inevitably telemetry has to deal with spatial errors. This is evident in radio telemetry on moving animals but also GPS-telemetry is too inaccurate to determine fine-scale movements (e.g. tortuosity of trails) or (micro)habitat usage. Plotting fixes on habitat maps (if available) is useless, since structures inside the habitat can be more important than the habitat itself. To investigate space-use and movements in a detailed manner in the cold season, snow tracking is a much more suitable method.

If we focus on specific behavioural aspects, the shortcomings and artefacts of telemetry are even greater. Some examples:

Most transmitters have an activity sensor. If no activity is registered for a longer period the animal is considered to be resting. Indeed, this is true in the case of most carnivores (Canids, Mustelids,..). Lynxes are often considered stalking predators. Even though movement speed during stalking is low, it requires searching for prey and thus being active and on the move. Therefore, if no activity is registered for a longer time, the lynx in question must be resting… Applying this assumption on lynx – as some researchers have done – can result in wrong conclusions such as: lynxes spend a considerable amount of their time ‘resting’.  Is this always the case? This can only be answered by spending time in the field, inspecting relevant habitats and interpreting tracks (both in winter and summer) and clues left by lynxes. Finally, directed use of camera traps can provide documented proof.

To study lynx-wolf interference through telemetry means having both wolves and lynxes (radio/GPS)collared in the same study area; as stated before this requires a huge effort and investment. If the result of such a study is that both species are overlapping in home-range and frequently use the same sites, what does this say about the relation between both species? Does this necessarily mean there is no interference competition?

Lynxes are essentially solitary carnivores. Social contacts between adults are believed to be strictly limited to mating season. Yet there have been some records of (prolonged) social contacts between adult lynxes outside mating season, mostly from snow tracking. During telemetry research in other countries, adults (mostly male-female) have occasionally been found in each others vicinity outside mating season. Because this is considered to be highly exceptional, this doesn’t get much attention and the details of this behaviour remain unknown. Combined snow tracking and camera trapping provides us with more insight.

Scent marking is an another example of lynx behaviour which is impossible to study without snow tracking and directed camera trapping.

Via (snow)tracking we are also able to study interactions with other species and estimate their densities, distribution and behavioural responses to lynx presence. It also allows us to collect many lynx scats for dietary analysis.

The examples above demonstrate the successes of our methodological approach: combining tracking, with ‘smart’, directed camera trapping.

With this approach, we will also try to answer questions related to denning and timing of parturition, raising of kittens, individual diet specificity and impact on medium sized predators and shared prey.

This method is fairly non-invasive compared to telemetry (no live-trapping and handling of animals) and relatively low-tech. However, it does require huge amounts of time spent in the wild.